29th January is marked as the birth anniversary one of Pakistan‘s great theoretical physicist & scientist, Professor Dr. Abdus Salam and one of Pakistan’s greatest tragedies. 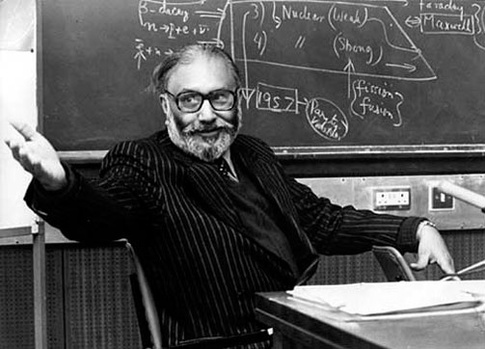 Dr. Abdus Salam was the first (and only) Pakistan and First Muslim Nobel Laureate. That word Muslim was the cause of much controvesy, as Dr. Abdus Salam was a member of the Ahmadiyya community, a community which has been percecuted in Pakistan, when they were declared Non-Muslims by then the government of Zulfiqar Ali Bhutto. The clause of declaring Ahmadis as non Muslim was part and parcel of the Second Amendment to the Constitution of Pakistan.

Dr. Abdus Salam was one of the three winners of the Nobel Prize in Physics in 1979. The Nobel Prize in Physics 1979 was awarded jointly to Sheldon Lee Glashow, Abdus Salam and Steven Weinberg “for their contributions to the theory of the unified weak and electromagnetic interaction between elementary particles, including, inter alia, the prediction of the weak neutral current”.

Dr. Salam was one of the founders of Space and Upper Atmosphere Research Commission but his contribution to the world and for one which he will most be remember is the setting up of International Centre for Theoretical Physics near Trieste, Italy.

Here is a brilliant documentary (work in progress) by a gentlemen by the name of Zakir Thaver, who has for years been pursuing his dream of making a full-fledge proper documentary on this great Nobel Laureate and one of the true Sons of Pakistan.  The following clip is a Fundraising clip for the Abdus Salam Documentary.