It seems you cannot evade this phenomenon if you’re online. From Facebook to Twitter, from LinkedIn to articles in WIRED magazine, Bitcoin is all the rage!

As I decided to write this short blog article on Bitcoins, there is so much information that is coming out, that I am literally having a hard time keeping up with it, and have amended this post to include newer sources of information.

Information presented here is for anyone to read and understand what Bitcoins are. I have provided a long list of references at the bottom of the article to read more, should you so desire. As with all information / financial advice, please do read and consult with other before investing.

In the past couple of days, my Inbox has been inundated with emails from friends & family and more importantly people on my social media timeline asking me about Bitcoins. Of late, with Bitcoins breaking US$ 1,000 barrier per coin, now everyone is wondering if they missed the boat in investing (consider this, it was a few measly Dollars per BTC in January of 2013).

It seems everyone is interested to know about this digital currency phenomenon that is being talked about extensively on the net. A lot of questions have been asked. Is this a scam? Is it worth buying Bitcoins now? Will the price go up? Shall I invest in Bitcoins? How do I mine Bitcoins? Who controls it? Shall I invest my savings into it? etc.

There is literally so much information being published on Bitcoin by the minute, it is almost impossible to keep up. Needless to say, information overload comes easy. 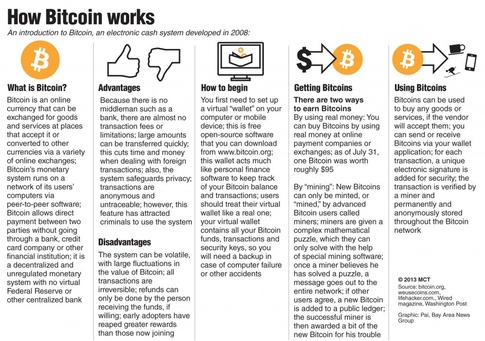 In brief: Bitcoin is cryptocurrency. Without going into the details, think of it as a currency, made electronically, with some kind of a cryptic or secret formula. Its analogous to paper currency that has many in-built markings, so no one counterfeits them.

The currency exists on the Internet (because of it being digital in nature), not outside of it.

No country, or bank or regulator or person controls this currency.

They may own pieces of it, but no one person or authority has ownership rights over Bitcoin. Its open-source.

Think of Bitcoin as a fiat currency. Except in this case, there is no government, the government are the people of the Internet. The netizens. You and I. We.

There are some ground rules with this currency that are extremely important, and the most important ones can be summarized below:

and below shows transaction confirmations. 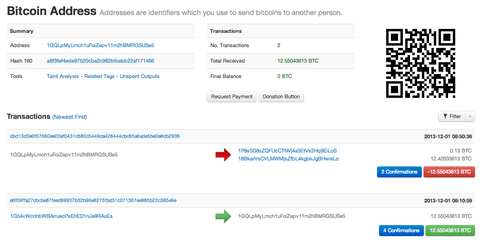 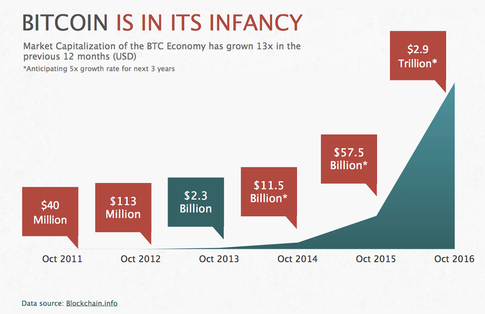 The 29th of November 2013 was a historic day for Bitcoins, today, 1BTC nearly matched the price of Gold. Now that’s something for a digital currency! 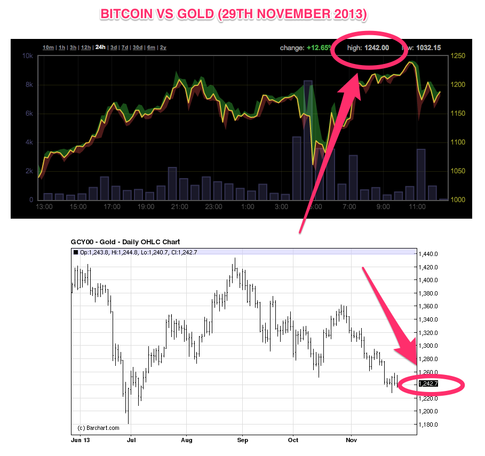 Before you really dive into the world of Bitcoins, please note, that this is real money you are playing with. Read up as much as you can on the subject matter before venturing on to play with it. Be very wary of scammers. Since the money is digital in nature, it can be stolen very easily.

Never ever deal with a newbie offering you to sell and/or trade Bitcoins. Never.

You will see a lot of people claiming they have been doing bitcoins for months now, etc. remember every single transaction on the bitcoin system can be verified from the wallet ID, so use the resource at Blockchain to ensure that you are dealing with a genuine party.

Again, be alert and be sensible. Remember the old saying, a fool and his money are easily parted. Don’t be the fool.

Bitcoin ATMs starting to go live, here is one that is in Canada: World’s First Bitcoin ATM goes live in Vancouver. 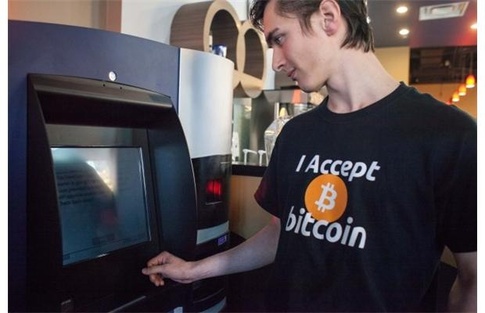 So here are some important bullets for people wanting to know everything about Bitcoins:

Here are some great introductory videos regarding Bitcoins:

Here are some of the famous exchanges where Bitcoins are traded:

Bitcoin Article (How to get started)

The World of Bitcoin According to Google
External Link:

What are Bitcoins and How Do They Avoid Taxes

How a Bitcoin Transaction Works (Click to Enlarge)
Bitcoin 101 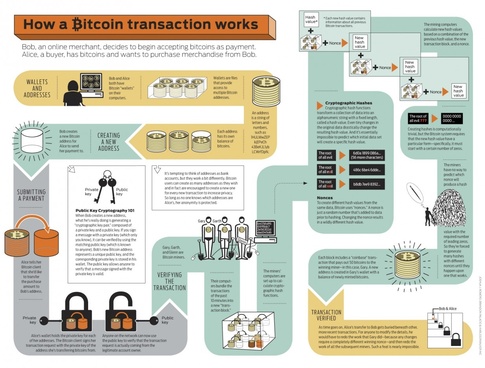 The Anatomy of a Bitcoin